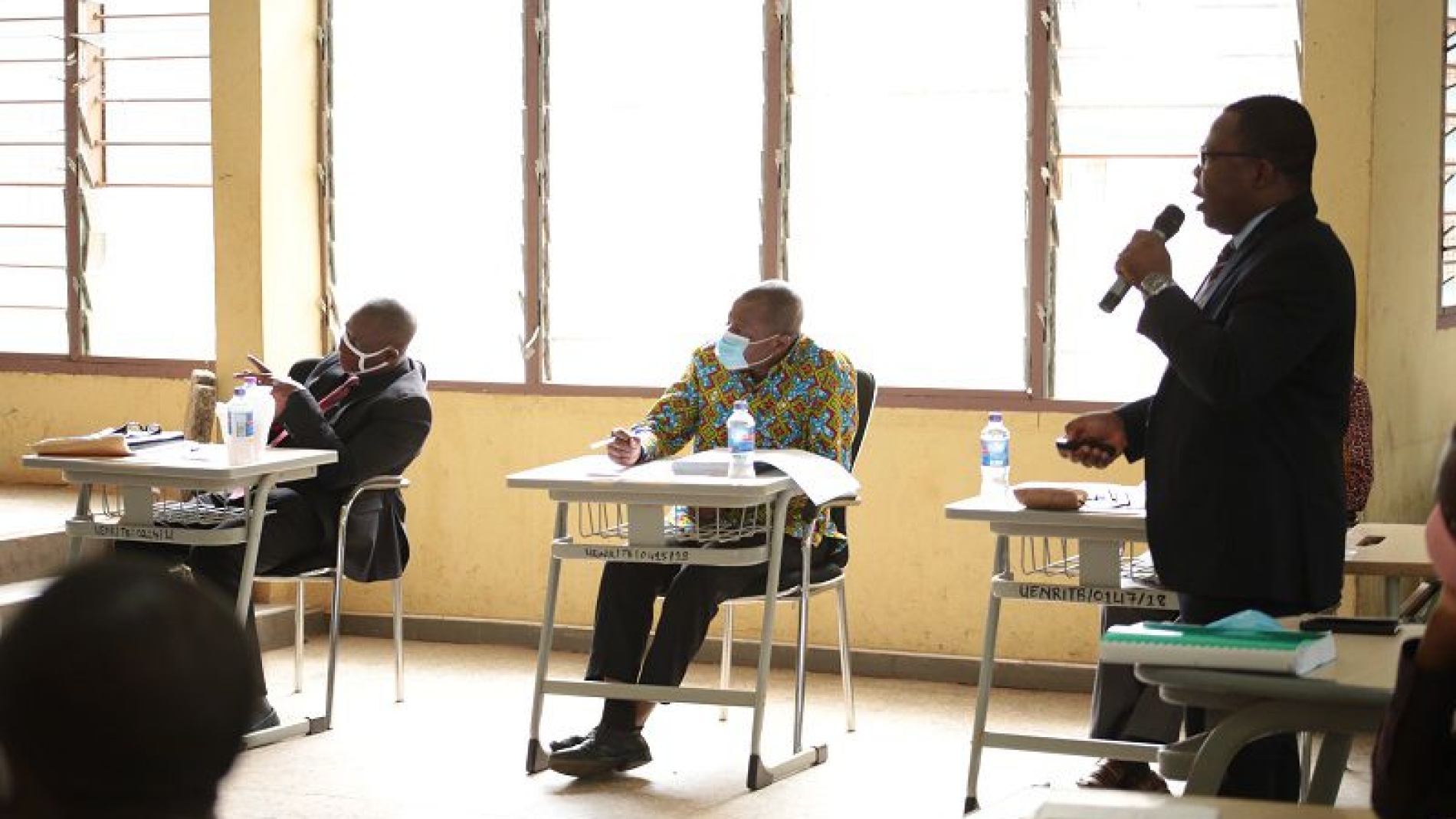 He becomes the first foreign student to have completed a PhD programme from the University since the establishment of the School of Graduate Studies in 2016.

Presenting his thesis on the topic ‘Geospatial Predictive Modelling of Land Suitability for Development of Inland Valleys Rice-based Systems in Togo and Benin’, the student noted that Africa has a challenge of producing rice locally due to high importation of foreign rice as well as issues of climate change. He added that these have led to low demand for domestic rice production in Africa. Mr Komlavi said according to Africa Rice Center, between 2008 and 2018, rice import varied from 7.3Mt to 16Mt representing an increase of 45%.

He said most of the African countries in the region place high priority to developing their local rice sector as an important component of national food security, economic growth and poverty alleviation. According to him, while there is a demonstrated potential for inland valley rice cultivation in Togo and Benin, there is inadequate information available in terms of their spatial locations and suitable rank which created a gap in the research space hence the motivation for his study. Mr Komlavi mentioned that the main objective of his research was to develop GIS-based spatially explicit models for the identification of high-potential inland areas for rainfed rice cultivation.

After the presentation, the Dean of School of Graduate Studies, Prof John Kuwornu declared the candidate qualified to obtain a PhD in Environmental Engineering Management which has been based on his ability to defend his thesis.   Prof Kuwornu in his remarks applauded Mr Komlavi on his distinctive work done and the swift response to questions directed to him during his presentation. He encouraged the graduate students to derive motivation from Mr Komlavi and collaborate with their supervisors to publish more research papers that will uplift the name of the University and the nation at large.